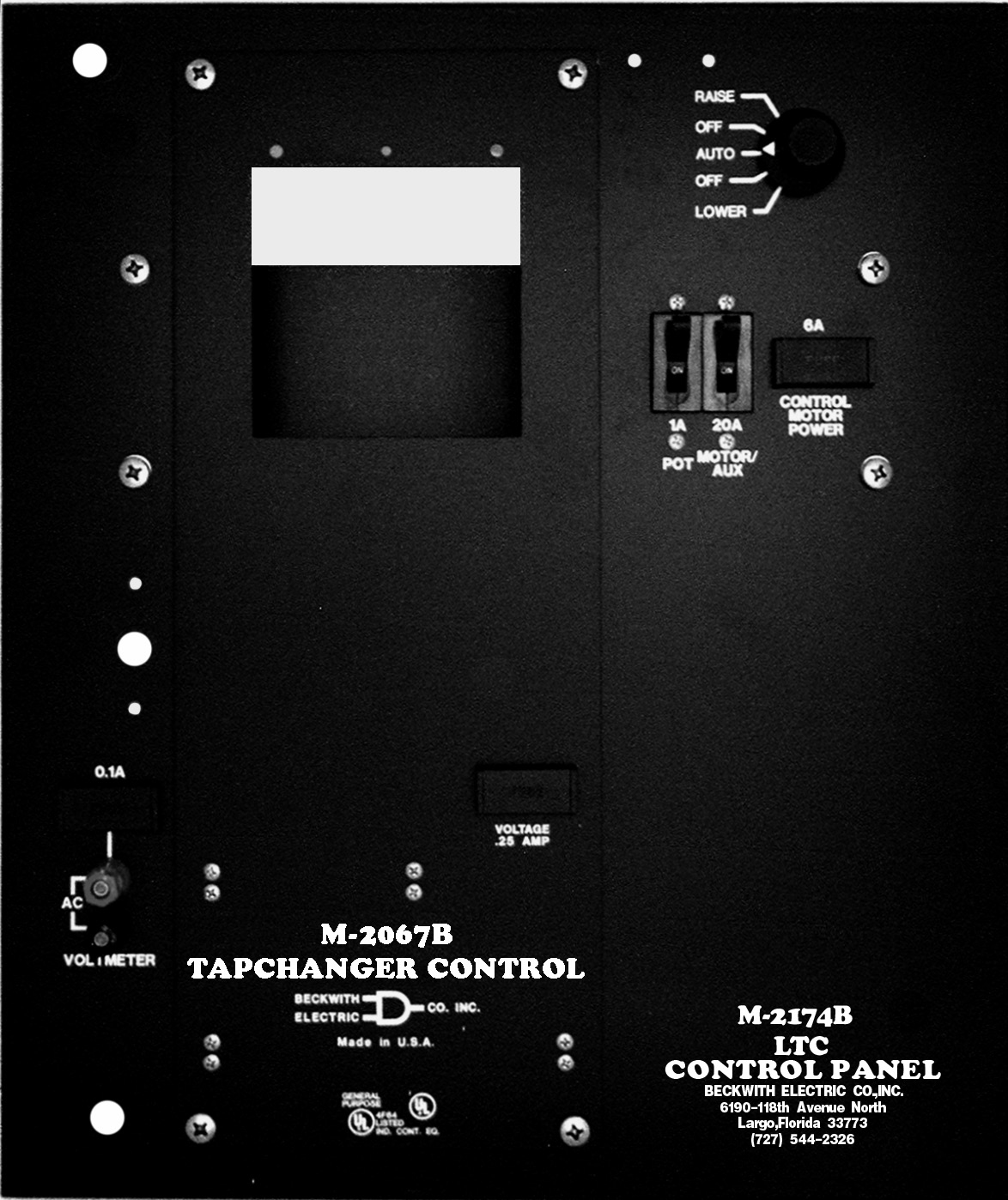 The M‑2174B is a replacement panel which, when combined with the M‑2001 Series Digital Tapchanger Control, provides convenient direct replacement for Tempo (Moloney) LTC Control Panels. The M‑2174B hardware consists of a front panel with a hinge on the right side, and mounts into the control cabinet using the same door mounting hardware which must be saved from the original panel. The door mounting hard‑ ware consists of either a locking handle, or two thumbscrews, depending on the original panel configuration.

The M‑2174B features a voltmeter testing terminal, circuit breakers for the motor and for the voltage trans‑ former, a manual RAISE/OFF/AUTO/OFF/LOWER switch, and a fuse for control motor power.

The M‑2174B also includes the M‑2067B Adapter Panel, which contains a voltage fuse and two terminal blocks on the rear for external connections,